Welcome to Minetest! This page explains what Minetest is all about, how to get it, and how to start playing your first games alone or online.

“What is this strange ‘Minetest’ thing I keep hearing about?” 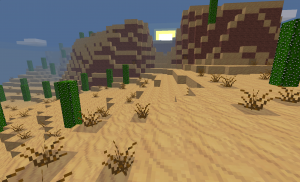 Screenshot of Minetest Game, a game for Minetest

Here is the directory structure you should have:

Or use Homebrew to install the latest stable version:

This may however give you an outdated version, see the pages below for information on versions available:

Such a SNAP-installation would be separate from a minetest-version installed via apt or compiled,
with its files, mods, worlds, screenshots etc. stored under ~/snap/minetest/.
That means, you could have eg. an old 0.4.x and a new 0.5.x version both ready to play on your pc.

Folder structure according to CMakeLists.txt

based on the building scripts in CMakeLists.txt on github

Now that you have it installed you can either; play singleplayer, play on a local server or play online by connecting to a server.

There is also an unofficial Tutorial for an interactive introduction into Minetest in general.

You can also choose to install other games. We recommend this, because games is one of the key features in Minetest; if you only look at Minetest Game, you will be missing out on a lot of other interesting creations from the community.

Joining a multiplayer server is done in the 'Client' tab. To select a server, click its name on the server list. The address and port will be automatically filled. Some servers are not listed on the server list. Find the server's topic, and enter the address and port given into the text boxes in the client tab. An address will look like redcrab.suret.net or 64.3.4.1. The port is a whole number between 1 and 65535.

After choosing a server and selecting it, you must enter a username and password.
When a username first connects to a server an account for that player is created.

Accounts in Minetest are not centralized. This means that accounts are stored on each server, rather than on a central server. You do not have to use the same username as on the forums, and you do not even need to have a forum account. Using a password is strongly recommended to stop others stealing your player and causing damage. You can change your password by clicking 'change password' on pause menu (ESC).

Some servers require you to request for build privileges on their forum topic, as an anti-griefing measure.

Most of these can be changed in the “Change Keys” menu. For a more complete list of keyboard controls, see Controls.

The default and most important controls are:

The basic Minetest gameplay is taught in the unofficial Tutorial which is aimed towards complete newbies, see Games/Tutorial for a guide on how to install and start it.

A very brief but outdated introduction into Minetest can be seen in this video.

A quick-start guide for Minetest Game can be found at How to build your first house.

As soon as you grasped the basics, you may want to look up which blocks and items are available and get an overview about farming.

If you want more, consider trying new mods and games.

If you want to play online, you should read the gameplay notes for multiplayer servers.